The following is a post I wrote back in April of 2014 documenting the creative process of this painting. The post was titled,

How to paint, the making of dreams. 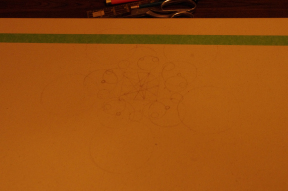 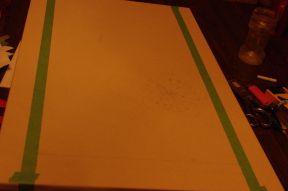 Starting with a bit of layout. I used a golden section to position a star for which each tip is the starting point of my spiraling circles. 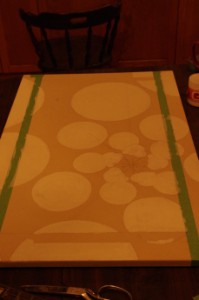 This step shows five layers of a stencil of circles. Each circles size is determined by the sum of two circles before it, thus forming a Fibonacci sequence. Gesso has been applied only to the circles for the ease of later steps. The rest of the canvas is covered in an extra thick gel. Except the border. 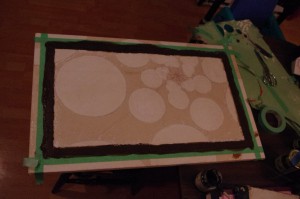 I painted the boarder and re-covered it with tape. Its the only part of the painting on raw canvas. The rest is built up around it. 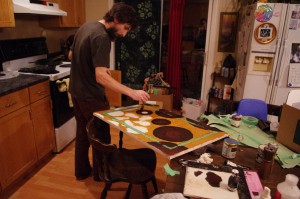 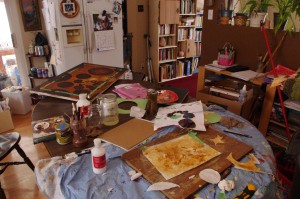 My wife loves it when I take over the kitchen.

Next the fun begins. I painted on this disposable pallet and let it dry completely. Then I used a gloss medium. If you use a medium I recommend applying at least three coats, maybe even four. (I’ve also done this with a gel and applied it in two thick coats. ) 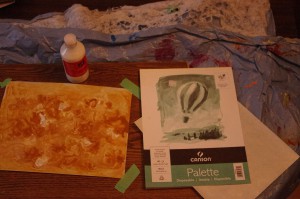 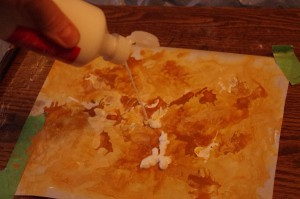 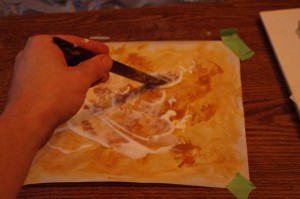 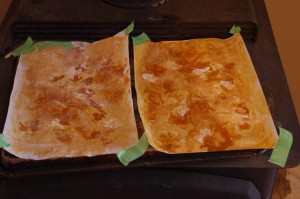 They have to be dry between each coat.  I don’t recommend drying these on the stove because I had a hard time peeling them apart afterwards, but I did find they dried fast enough sitting beside the wood stove. 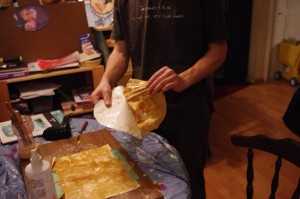 I cut out the shapes out and layed them on top of my painting with a layer of matte medium underneath and on top to keep it adhered. 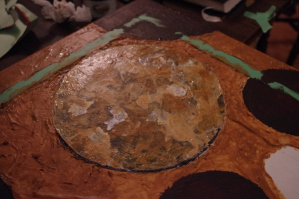 Paint can be applied on top of the skins. 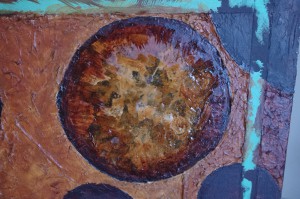 A dash of this and that 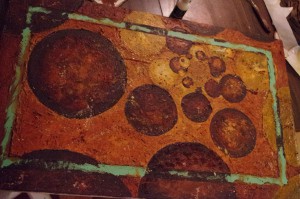 And the background is done. 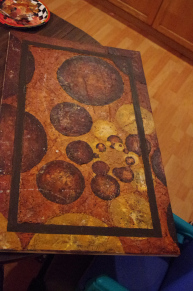 Using a soft gel I put dabs of it on my border and quick dried it on the wood stove. But, I removed it from the heat before it was fully dry on the inside and proceeded to pull off the peaks. This left me with a crater which is super cool. 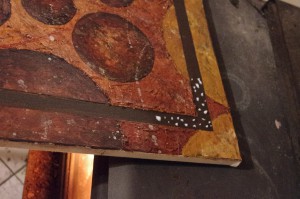 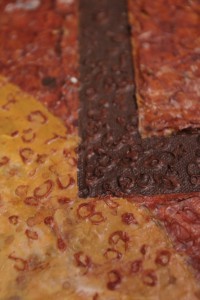 Each corner (except the one shown) has three, five and eight barnacle in the corner, using more Fibonacci numbers.

I mixed my molding paste with a red and applied it in a nice arc to form the frame of a dream catcher. 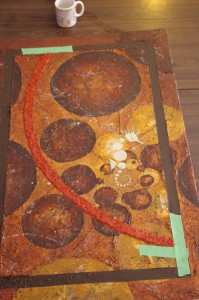 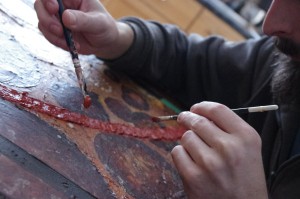 Showing off some ambidexterity while I add some colour to brighten up the red.

I had no idea how to create a third of a dream catcher so I built a full size one. Again using a Fibonacci number. There are thirteen points on this catcher. 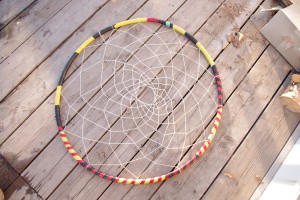 Using the dream catcher as a guide I put on transparent layer and then went over that with white. 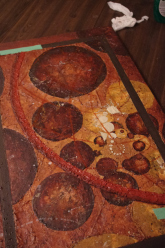 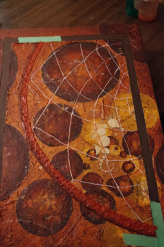 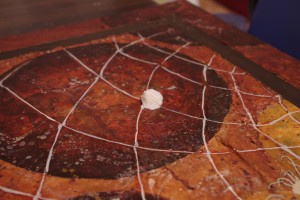 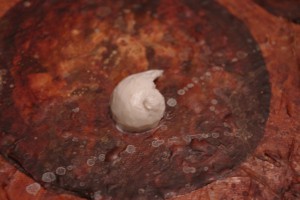